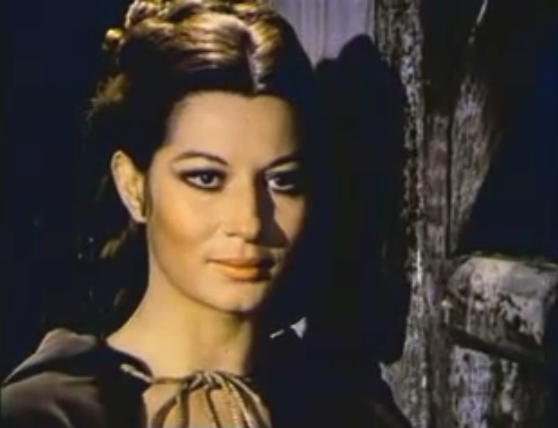 Rosalba Neri, born 1939 in Northeastern Italy, was a stand out horror actress often credited as "Sarah Bey". Rosalba played steamy sophisticated redheads. This the role she played as Joe Cotten's daughter, Tania Frankenstein, in the B-movie classic Lady Frankenstein (aka Frankenstein's Daughter) from 1971.

Rosalba was a contemporary of Barbara Steele and Mario Brava. She had a distinguished career starring with Gothic horror legends Chris Lee and Peter Cushing in Horror Express (1974) and co-starring with Pam Grier, in Grier's first film role after working as a secretary for Roger Corman: The Arena (1974).