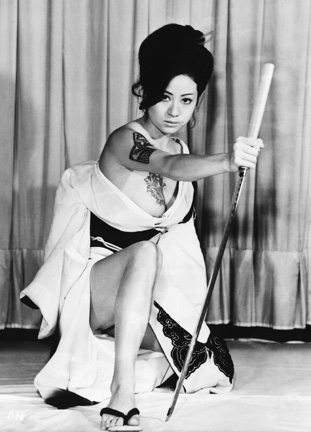 The mysterious Reiko Ike walked away from acting forever in 1979.

Reiko Ike, born in 1953 in Toyko, became an international sensation every bit as big as Angela Jolie for her film roles as Ocho a female Yakuza with unparalleled fighting skills. Reiko, a very beautiful woman even among the high standards set by Japanese film actresses, was known for her amazing choreography in elaborate fight scenes and her stunt work in films such as The Sex and The Fury (1973), Female Yakuza Tale (1973) and in Sonny Chiba's The Street Fighter's Last Revenge (1974).

After drug and gambling arrests in the late 1970's she quit acting. Reiko made her last film at age 26. Little else is known about her private life, or her life in general, since she walked away from Toei Studios in 1979.