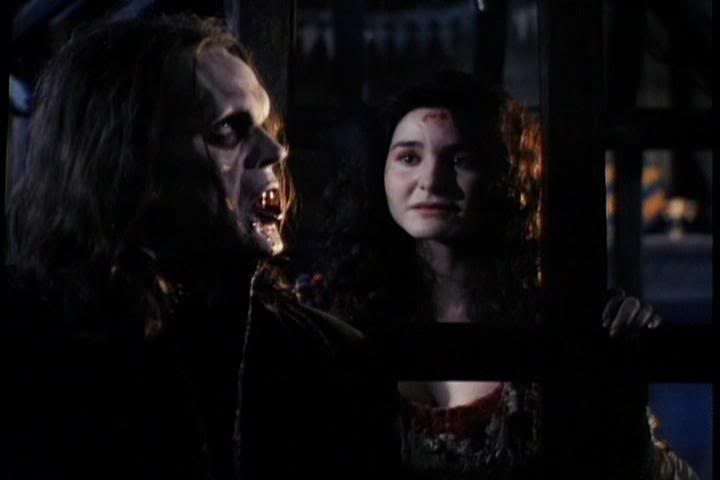 Three sequels later and guess what, ladies? That handsome ol' sumbitch Radu is still single! Hard to believe ain't it?

Horror movies are all about the viewer finding a unique subtext in the plot. Some could say Wes Craven's The Hill Have Eyes (1977) is not so much about a family of mutant cannibals (a real Atomic family - yuk, yuk) eating a "normal" family as much as it is about the break down of typical American families' power dynamics. Some could say Psycho (1960) was more about sexual repression and identity than it was killing poor ol' Janet Leigh in the shower - peeling back the curtain on more than a murder. This is one way to read a horror film among many, many others. 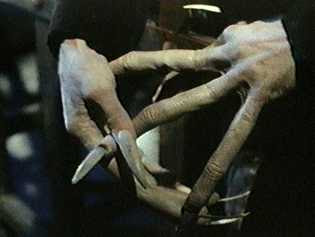 Hands, hands, hands! Aw, shucks, I never know what to do with these awkward hands!

So, why can't Subspecies be about a lovable eccentric and his nutty religion? A nice fella, who worships with his fangs. He's just a fun-lovin' Fangstafarian. A deeply religious person that just so happens to love to drink the blood of the living. Now, just because his favorite food comes from the veins of adorable brunettes who don't meet his high dating standards doesn't make him a bad guy. Does it?

For the purposes of this review, Radu the vampire (Anders Hove) or rather Radu-mon should be simply viewed as a wandering Fangstafarian. He's a bachelor from Transylvania who is scouring the world with his "fangs" in order to sink them into the perfect set of "veins". See? Subtext works, mon. 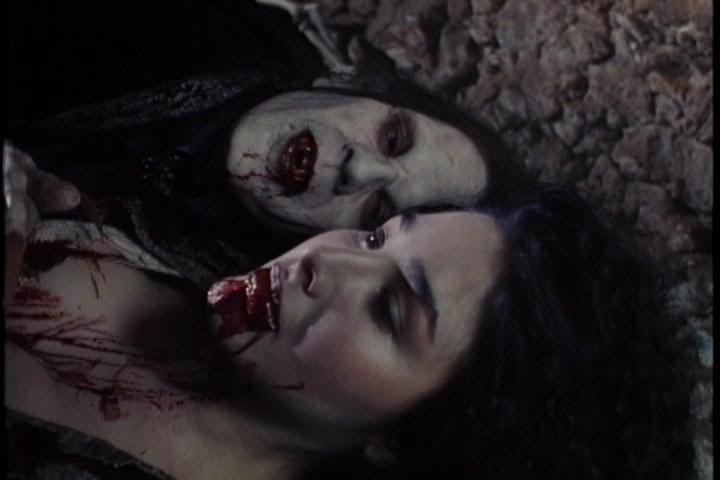 Radu-mon dates around because he's looking for that special lady. A special lady with a Type O blood type. Preferably.

Radu-mon goes through four movies, starting with this one, dating a series of confused women who, in turn, take every opportunity to burn him, beat him, shoot him, sun him and splash around some holy water until Radu-mon, quite understandably, begins to get the message. Radu-mon crawls back in his coffin, no doubt to await another sequel, crying: "Fangstafari!" and praying for the day he encounters the perfect ghoul just as the sepulcher slams shut.

Fangs and subtext aside, mon - decent minion stop-motion animation, location shots in Bucharest, and Hove's performance made this first installment of the Subspecies series, in a series of four progressively worse films with decaying production values, a mild stand out in another one of Full Moon Entertainment's stable of direct-to-video titles.

Subspecies is available at: