Get ready for another brilliant British satire of the Zombie Apocalypse.

Cockneys vs Zombies (2012) is a satirical romp in the vein of Shaun Of The Dead (2004) and features under-educated, city dwelling Londonites known as Cockneys fending off the zombie apocalypse. The film co-stars the remarkable John Ford who starred in the unforgettable role of Brick Top from Guy Ritchie's Snatch in 2000. Ford is at his most verbose and violently charismatic in this role as well. 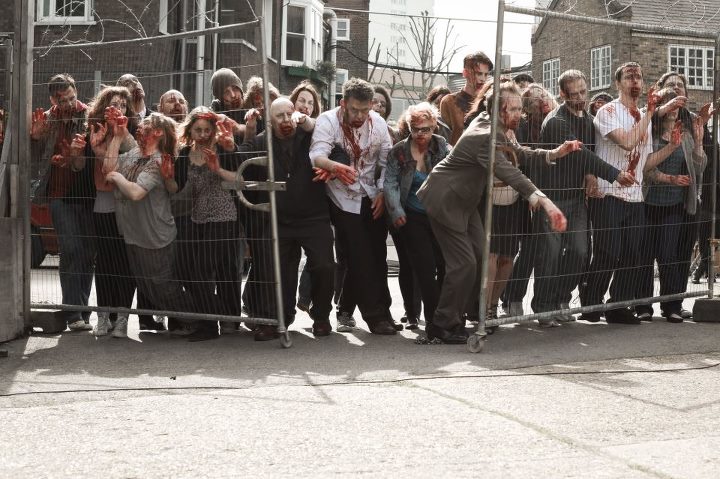 A gang of bank robbers emerge from their first heist to find that the east-end has been infested by zombies. With the equipment to tackle the un-dead in hand, the unlikely heroes fight their way across London to rescue a group of foul-mouthed plucky pensioners who are finding inventive ways of their own to stave off the attack. Starring Michelle Ryan, Harry Treadaway, Honor Blackman, Richard Briers and Alan Ford.