The Zombie Apocalypse strikes Taiwan and all beautiful women survive? That settles it. I'm moving!

What is more infectious than zombie movies? They are being made in Cuba (Juan Of The Dead), The UK (Shaun Of The Dead, The Horde) and even Norway (Snow Dead) by the dozen but the genre actually started as an American production with White Zombie (1932) referencing Haiti's "zombo" and witchcraft related phenomena.

Today, not to be left behind, Taiwan has produced their own modern gem called Zombie 108 (2012). This movie features all the best from it's recent predecessors plus adds the one of the most incredibly sexy creatures on Planet Earth - the long-haired, long legged, brown-eyed, Yvonne Yao.

She is truly beautiful to look upon. And to make this movie even more appealing she is not alone in the beauties featured through out Zombie 108!

The concept of the Asian Woman is long lusted after in the West. Hu-mon males in the Western Hemisphere are known to greatly desire attractive asian females for her physical perfection, thoughtful obedience, willingness to please, trim figure, delicate bearing and rich inner tapestry of emotions. This is a syndrome called "Yellow Fever" and - it is not always fatal. 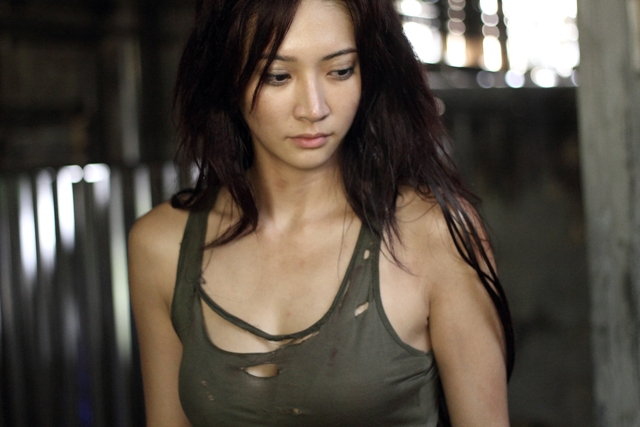 Winner of the Most Attractive (and also edible) Female Hu-mon for 2012 - the comely Yvonne Yao.

In this film, the zombie virus strikes the over-populated heart of Taipei already boiling over with a population of 6.9 million people. The Taiwanese Army and SWAT teams attempt to oversee an evacuation but repeatedly fail against the enormous tide of undead, Mad Max styled thugs and good old human panic.

Caught in the middle is Yvonne Yao and her daughter Chloe. They have managed to survive streets and supermarkets full of hungry zombies only to find other survivors that have been maddened by the zombie related-events.

They take refuge in the once trendy, outlying neighborhood of Ximending where a gang of criminals that control the city don't want the police involved in their sanctuary. They are more than happy sniffing mountains of coke off of the trim, naked bodies of dozens of dark haired china dolls. And you know? Who on Earth would blame them?

These gangs attack the police and the military but when both find themselves under attack by zombies there is an alliance as they try and escape from the worst of the zombie plague.

A very interesting, raw feature film directorial debut by Joe Chien who is inventive even in the increasingly "tired" zombie genre. This movie has many good qualities and performances that have made it stand out in this genre.