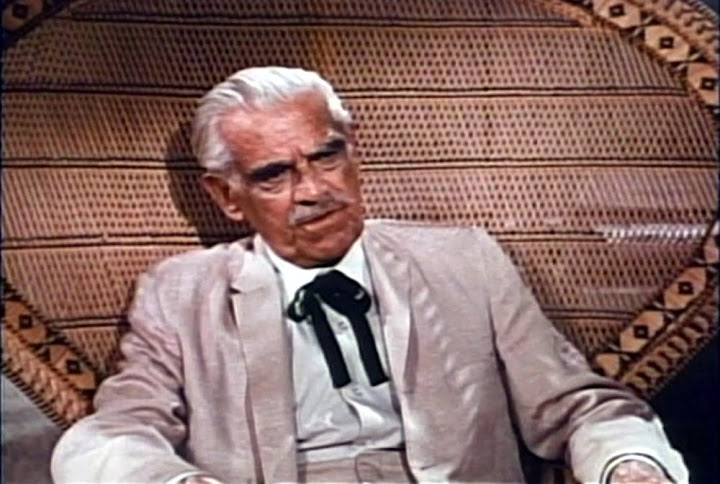 Finally, the green-blooded herpetologists are getting some. No, no, not the greasy hair metal guys who dated your rather dull-witted sister long enough to give her the permanent variety of "love strawberries". I mean, a movie for the hardcore reptile fans.

This snake film is actually more of a cult of zombies movie. It follows the traditional voodoo formula containing specific elements that make it work: a remote location, a hapless heroine and an evil voodoo deity named Damballah. It's not long until a slew of zombified minions are taking part in primitive rituals.

These rituals involve the physical, if not the spiritual, union of two cultures - modern and prehistoric. Along the way, Snake People (1971) also prominently features, that's right! You guessed it! Snakes.

Snake People, aka Isle of the Snake People, Cult Of The Dead or La Muerte Viviente in the Spanish language version, works as a horror movie in spite of the fact that production was shut down midway and then finished in Mexico because of Jack Hill - he of Spider Baby (1968) and Coffy (1973) fame.

Hill's steady co-direction mostly keeps together Snake People's unusual story and troubled production. The casting of an ailing Boris Karloff, in one of his final roles as the duplicitous Doctor Carl van Molder, and some very enjoyable (yet also, wacky) experimental sequences make this a mostly watchable film. 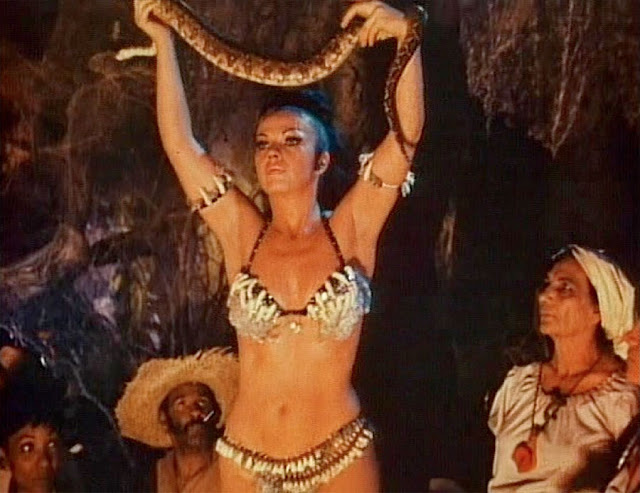 Did I mention the evil midget? Yes, there is a very evil midget in this movie. How does the Sleaze-A-Saurus knows that he's evil? Because this little guy likes snakes. In fact, he likes snakes a whole lot.

The film's psychedelic and psychological derived editing sequences feature the heroine, Anabella Vandenberg, taking the audience along for a ride in her out of body experience in a Freudian nightmare. Add some offhand references to necrophilia (which ol' Doc Damballah doesn't approve of?), identity crises and lesbianism and you officially have a movie that bites back: S-s-snake People!

Email ThisBlogThis!Share to TwitterShare to FacebookShare to Pinterest
Labels: Boris Karloff, Flicks, Karloff, Snakes On A Blog, This movie gave me herpetology