Axe-Mass is that special time of the year to go on wild chopping sprees for loved ones.

This Axe-Mass Eve, as the ancient poltergeist of St. Nick descends upon an unsuspecting world, it seems fitting to celebrate a classic film showcasing one man's life-affirming redemption after a horrifying brush with death in: Silent Night, Deadly Night (1984).

On Axe-Mas of December of 1971, after visiting his kooky Grandfather in a Utah mental facility, young Billy Chapman is traumatized by witnessing St. Nick forcibly stuffing his mother's stocking then killing both of his parents. This, possibly, triggers Billy, later in the film, to kill anyone he perceives as "naughty". Which, is pretty much everyone.

After the murders, young Billy is sent off to a strict catholic orphanage where Mother Superior routinely beats poor Billy with a belt while screeching to him that "Punishment is necessary! Punishment is good!" This, possibly, also has a negative effect on young Billy's psyche. But who can really say?

Released as an 18-year-old, Billy Chapman finds work in a local department store. At the store, Billy is given the task of playing jolly, old St. Nick in time for Axe-Mas. After some initial jitters and rape-and-murder flashbacks, Billy gayly dons a St. Nick suit and promptly chops up his very "naughty" fellow department store employees.

From there, Billy Chapman merrily goes on to share his new found Axe-Mass spirit with the world at large. 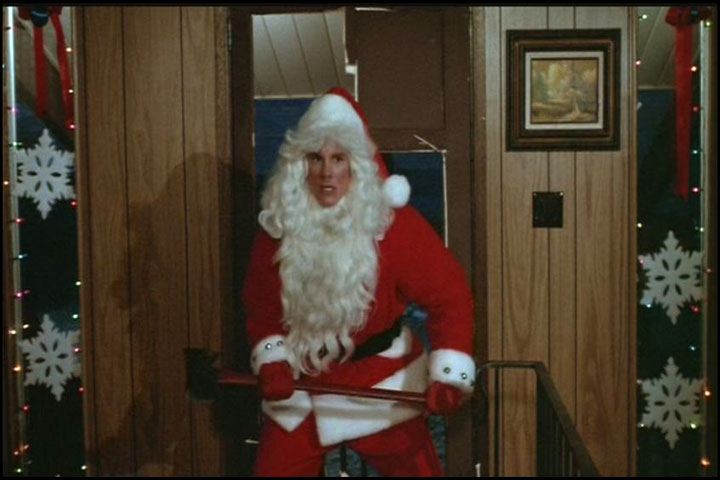 Um, can I axe you a serious question? No? Well... Choppy Axe-Mass!

After zaniness ensues, Billy (still in his snappy St. Nick outfit) retraces his steps to the orphanage in order to extract revenge from Mother Superior and maybe off some naughty orphans and cops along the way. There are a few interesting twists that end with Billy being killed in front of his little brother Ricky. This abrupt end to Billy's Axe-Mass sets up - you guessed it - Silent Night Deadly Night 2 released in 1987.

The series was so stimulating and well-received (actually, it was banned in theaters and protested against by the PTA) that Hollywood quickly decided to make total of four progressively worse sequels including: 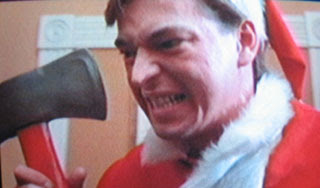 The sequel picks up on Christmas Eve some years after the first movie, with Ricky Caldwell (played by Eric Freeman), the 18-year-old brother of the first film's killer, being held in a mental hospital awaiting trial for a series of murders he committed.

While being interviewed by psychiatrist Dr. Henry Bloom, Ricky tells the story of the murders his brother Billy committed through a series of several flashbacks that use footage from the original film, as well as some new shots inserted in the flashbacks to make Ricky appear in more of Billy's original story. 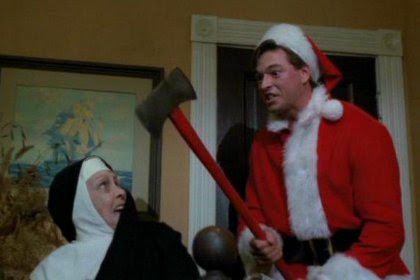 Before long Ricky's Axe-Mass spirit is revived and he is sent into the world to punish naughty people until he is mistakenly shot to death by local police who thought he was some sort of dangerous mass murderer. Can you believe it?

The nearly incoherent, clip re-regurgitating third installment of the series picks up with Billy's brother Ricky being shot down by police at the end of the previous film. The now infamous Santa Claus Killer has been left comatose for six years, with a transparent dome being affixed to his head by doctors in order to repair his damaged skull.

Ricky (Bill Moseley from House Of 1,000 Corpses) wakes up feeling refreshed and full of Axe-Mass spirit and immediately pursues a blind, clairvoyant teenage girl because it seemed like the most marketable thing to do at the time. 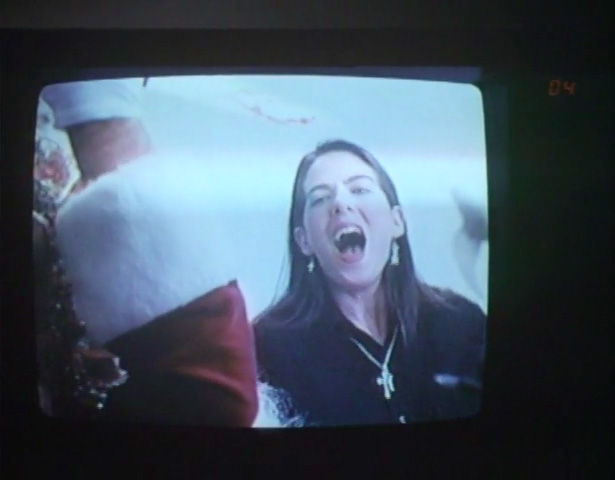 In the 1990's, all sequels revolved around lost plot points and paper-thin story vehicles. It was contractual.

In the fourth installment of the Silent Night series the role of Ricky Caldwell is credited to Clint Howard (Day Of The Dead), Ron Howard's b-movie acting bro, who is a kind of marauding homeless guy who spends most of the movie in a dirty camouflage jacket and not the traditional Axe-Mass costume of St. Nick.

This unwatchable 90's horror sequel film was notably produced by Brian Yuzna the longtime producer of the Re-Animator series. 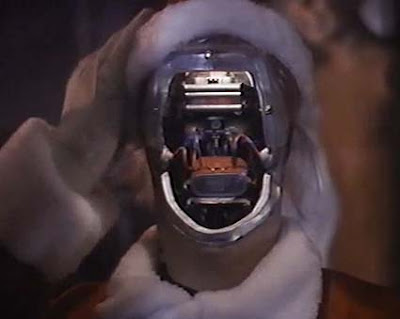 During Axe-Mass, it's Yul Brenner who knows if you've been naughty or nice.

Unlikely enough, Mickey Rooney (not a typo) stars in the last, deeply troubling sequel to the infamous Silent Night series. As a highlight, this film features an anatomically incorrect life-sized man-doll with a thing for gals in garter belts. Who knew?

This is currently where the popular series has left off. Who can say when another bold group of film makers will approach this title with fresh eyes and re-new all of our Axe-Mass spirit?

Notes:
The DVD release of the original Silent Night, Deadly Night didn't happen until December 11th 2007. As of 2009, it went officially out of print.