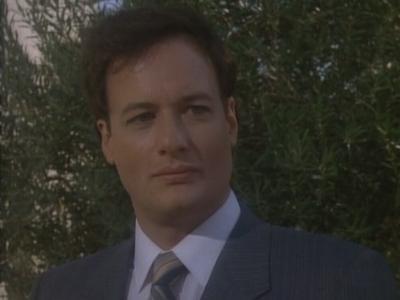 Dead Run, the "B" episode 19 from the first season of the new hour long Twilight Zone, was a kind of perfect storm of good writing and good acting. Based on a short story of the same name by Greg Bear, the explosive writer of Moving Mars (Nebula Award winner 1990) and the stunning Queen of Angels, the episode is delivered by Steve Railsback (Life Force) and an ensemble cast of supporting actors including: Brent Spiner (Star Trek The Next Generation) in a cameo role as a Viet Nam era draft dodger, John de Lancie (Q from Star Trek The Next Generation) as Satan's V.P. and Barry Corbin (War Games, No Country For Old Men) as Hell's Trucker, Pete.

And the road to Hell needs drivers! Down-on-his-luck trucker Johnny Davis is just desperate enough to take this job. After some careful instruction from his pal Pete and a run-in with a gravel-throated minor demon with a mean case of pyromania - Johnny signs on with Hell's H.R. Dept. courtesy of John de Lancie. 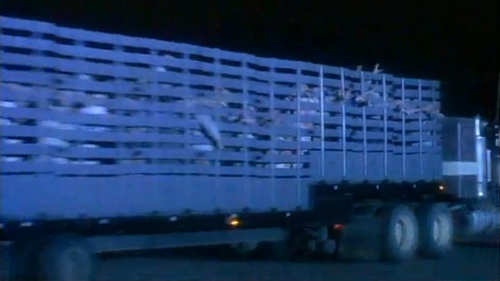 The road to Hell itself is conducted by American truckers? It figures.

On his road trips from the world of the living to the "low road" to Hell (which looks a lot like Green Bay), Johnny interviews the ghostly souls of the damned. The doomed seem more than happy to recount their own personal tales of anguish and damnation to him.

On the final ride of the episode, Johnny frees four seemingly innocent souls while recollecting the Harrowing of Hell to them, the time between the Crucifixion and Resurrection of Christ Jesus when He descended into Hell (Acts 2:27 and Acts 2:31). Johnny points out the way to Heaven to his freed captives before getting back in his big rig to deliver the rest of his load of souls into the pit.