In the 13-page-long Rant Against Animal Snuff from earlier this week the Sleaze-A-Saurus may have suggested 80-year-old Jess Franco be roughed up for a movie he made 30 years ago. Maybe it's time to get back to B-movie reviews?

Puppet Master (1989), released direct-to-video by Full Moon Pictures, is the tale of mystic and magician Andre Toulon's happy-go-lucky creations in which he imbued the ability to make sequel after sequel. During the eight films that followed the original Puppet Master the puppets did what they did best: killing Yuppies and snuffing Nazis.

Toulon's methodology involves harvesting his victims' glands and reducing them into a kind of pea soup. This green goop enables his puppets to busy themselves wiping out phony psychics (I), yuppies (I, II), scumbags (IV) and evil Nazi douches (III) in one whacky misunderstanding after another. Oh, the hilarity! 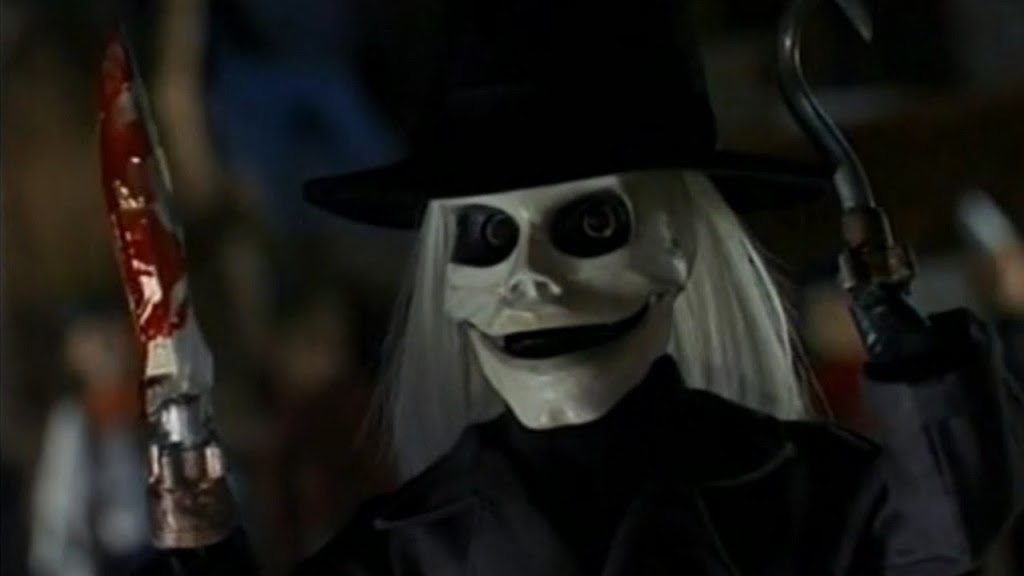 Blade has the face of Klaus Kinski, bullets for eyes AND he's still single? WTF, ladies?

Another reason Puppetmaster is an unusually good B-movie series is, according to research by T.L. Bugg of The Lightning Bug's Lair more talent than usual was involved in the films by way of puppeteer David Allen (I-V) who was later nominated for an Oscar for his work on Young Indiana Jones and the cinematography of Sergio Salvati who previously worked with Italian gorehouse film-maker Lucio Fulci.

However, big hair and bitchin' mullets threaten to choke the rest of the movies to death in this, the first of the Puppetmaster films. Let us now bow our heads, remembering those brave puppets who gave their lives fighting the evil forces of Yuppies and National Socialism:


The Puppet Master series includes ten movies and a VS film.