Flicks: Mutants Of The Apocalypse (2010) 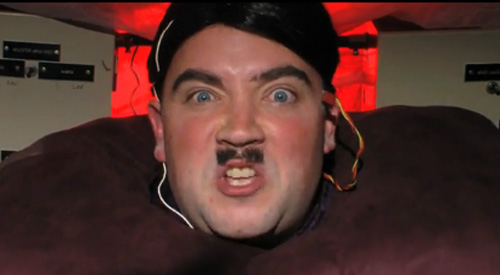 The short is very well written. It features such classic lines including: "Now iz de time for das Mutants!", "You think you can stop me? I'm Adolph F'king Hitler!", "I'm world famous - in Cuba...", "They shot Freaky Russell!" and who can forget - "Release the uber-schnitzel!"

Enjoy this tribute to exploitation cinema and have a Happy X-Mess, scaleless manlings.