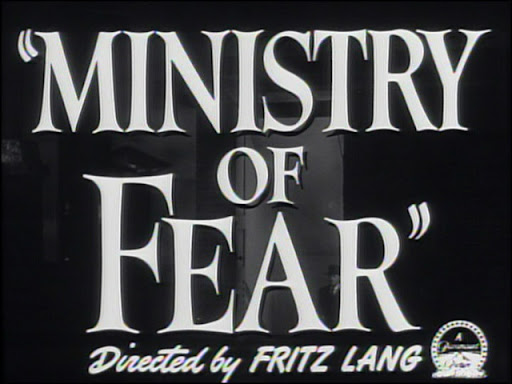 1944 was a long way off from Lasik and contact lenses.

The flick follows Milland in Blitz Era London as he is released from an insane asylum for the Kevorkian styled mercy killing of his incurably ill wife. After meeting up with a series of underground Resistance members in London, Milland arrives at a seance where Nazi agents and their flunkies operate as spies w/impunity. After some truly evocative lighting sequences, a hallmark of German film, a man at the seance appears to be shot through the head during the proceedings. 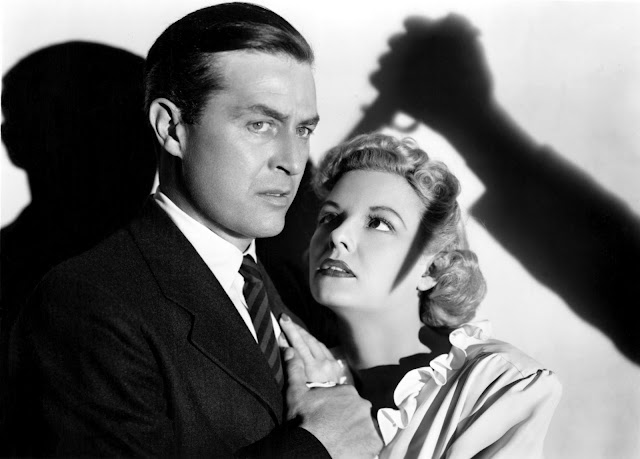 Ray Milland, getting the feeling that he isn't particularly well liked.

After being accused of the man's murder, Milland is hunted, bombed and chased never knowing who to trust and who is a Nazi agent. Ministry of Fear is a paranoid, suspenseful flick w/performances and production values that completely outshine anything labeled as a "blockbuster" cranked out of contemporary Hollywood today.