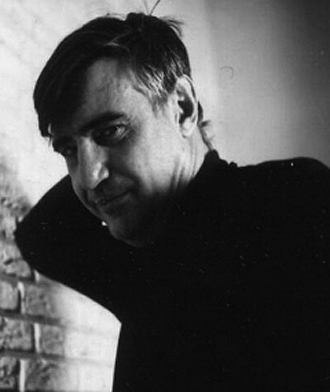 His films examined very real questions about hypocrisy and desire among men and women. Sarno's seemingly bizarre takes on romance concern the place of sex in cultural identity by voicing the questions that were being asked by 1960's American counter-culture to their parents - parents who came from a generation that fought World War Two and whose own parents had survived a ravenous Depression.

This generation gap combined with wide spread political corruption, political upheaval, and an unjust war raging in southeast Asia created a need for a dialogue. What better place than the movie theater?

Sarno, a Navy photographer on South Pacific bombing runs during WWII, became a sexploitation director with his first official feature Sin In The Suburbs (1964). His movies catered to the wilder side of square audiences in the "softcore" market. Sarno's early films confronted sexual frigidity and traditionally accepted hypocrisies about love, women and power by shining a high-powered light into an exaggerated version of mainstream American culture - right were it got it on at.

He did so with unusually well crafted films using stark lighting, long takes, and a purposeful focus on character development. This type of rigorous staging achieved a powerful effect with his actors.


The Love Merchant directed by Joe Sarno in 1966.

As a contemporary of Roger Corman said: "Tits are the cheapest special effect in the business..." and although tame by today's standards Sarno used sexuality with a brilliance that was often mishandled by many of his peers including Corman and Russ Meyer - and undoubtedly is continually mishandled today.

Before his death, at age 89 in 2010, Joe Sarno's work was the subject of many gallery and film fest retrospectives including the New York Underground Film Festival, the Torino Film Festival in Turin, Italy and the Cinémathèque française in Paris.

Thanks for the linkback, Sleaze-A-Saurus. I don't care what they say about you.