Infamous horror movie that emphasizes the sexual and feminine nature of the vampire.

Anulka Dziubinska and Yutte Stensgaard are a seductive lesbian vampire couple who sulkily waylay and abduct various passer-byes, both male and female, to hold them captive at their rural manor in the English countryside. The lovely ladies to so in order to feed on them to satisfy their insatiable thirst for hu-mon blood. 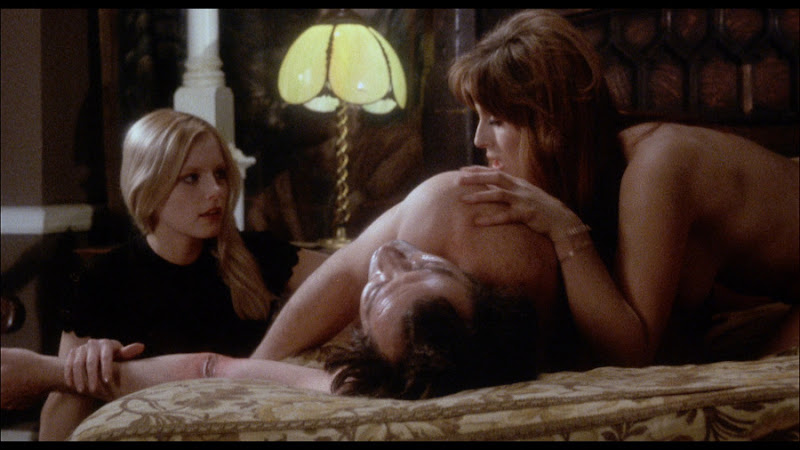 "But I doan wanna snack on Hans!". Picky vampires really prefer the big taste of Rolf.