Based on the novel "Cabal" by Clive Barker, Nightbreed became an instant underground cult classic complete with a comic series and collectibles. Although this movie shares these marketing characteristics with Men In Black, parts one through fifty, that is where the similarities end. Nightbreed features the bad guys as the "good guys" as a group of monsters, outcasts and mutants who have long ago diverged from humans in both form, shape and societal norms become unlikely heroes facing off against homicidal maniacs and Nazis.

David Cronenberg co-stars as the two-faced psychiatrist Dr. Philip K. Decker (Phillip K. Dick reference), who moonlights as a blood-thirsty, masked serial killer. Dr. Decker frames the film's star Boone (Craig Sheffer from Fox's Bones series) for a series of grisly murders that he himself has committed. Boone immediately goes on the run with the luscious Anne Bobby (Ron Kovic's sister in Born On The Fourth Of July) and encounters a strange, seemingly suicidal man who tells him of Midian, the hidden and last city of The Tribes Of The Moon shortly before peeling off his own face with thumbhooks.

The movie's make-up, prosthetics and effects are amazing. As Boone discovers Midian he finds a menagerie of creatures, complete with individual back-stories and biographies. A series of monsters, who have survived holocausts and religions purges against their kind, begrudgingly befriend Boone and his girlfriend - after deciding not to murder and eat them. 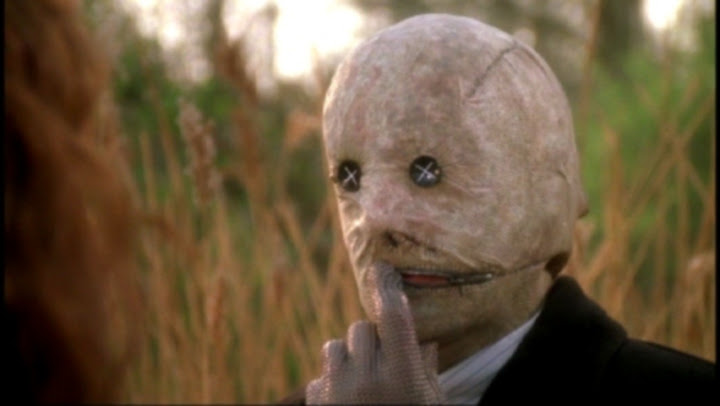 The Tribes Of The Moon take the couple into the decaying, ancient city of Midian. These monster characters range from Peloquin, a kind of furious snake-man, Kinski, a hunter whose head is shaped like a quarter moon, the Berserkers - colossal enraged imprisoned killers and finally the demi-god of Midian itself Baphomet.

The movie culminates in a war between Dr. Decker and his forces of murderous Nazis and the citizens of Midian. The final battle destroys Midian and sends the victorious hordes of Midian's dwellers into the American night. The movie ends as a disgraced Catholic priest, who temporarily embraced Midan, stands in front of Dr. Decker's very much dead corpse and states that he wants to exact vengeance on Baphomet and the Breed/Tribe Of The Moon. This priest takes some of the blood of Baphomet and pushes it into Decker's wound. Decker suddenly springs back to life with a roar, as the priest screams "Hallelujah" over and over again.