This Scottish "Deliverance" themed movie is even scarier than the American version.

This disturbing, independent Scottish film made by the British Gilbey Brothers starts slow but quickly gets serious. A Lonely Place To Die (2011) is a beautifully shot yet disturbing film released in the USA by IFC Films after a very successful run in the United Kingdom.[0]

In it, a group of mountaineers hike miles into the lonely Scottish Highlands. They scramble across deep ravines, sheer cliffs and lush valleys before running into an even more life-threatening scenario. As the group climbs hundreds of feet up and down winding wildlands facing jagged rock faces that soar into the sky they encounter murderous madmen and a small child who seems to be their quarry!

The cinematography for the movie is astounding and panoramic. This is made all the more remarkable due to the fact that the camera men and crew were often required to scale even greater heights than the actors themselves climbed!

A Lonely Place To Die stars Australian actress Melissa George as Alison, a member of this mountaineering group that stumbles upon what they take to be strange sets of homicidal human hunters. These hunters appear to have set out well beyond civilization to stalk, shoot and murder random strangers. It is only later in the film that any context (i.e. the kidnapping) is applied to the insane situation. For the duration of the film the group is too busy to rationalize. Instead they ponder why, when or how they will be slaughtered in cold blood at the hands of total strangers led by the icy killer, Mr. Kidd, played by Sean Harris (Prometheus (2012) and the original series The Borgias). 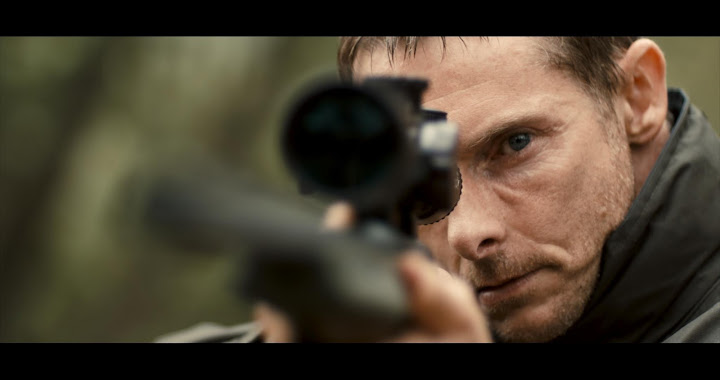 While one set of hunters is sniping these unwary hikers ridge by ridge another set of hunters/stalkers is hot on their heels, ready and eager to carve them up. The movie features some very strange Deliverance (1972) styled delirium and rampages by these deranged hunters and their would-be prey.

A Lonely Place To Die also employs a great use of a unique soundtrack to enhance the overall spookiness of this insane situation. All of the performances are unusually good. The actors bring the tension of the scenes to a shocking life.

There's a low animal panic that rises from the beatific start of A Lonely Place To Die and moves quickly into the kill-or-be-killed thrill for these remaining survivors - survivors who are wounded and desperately running for their dear lives through the film.

NOTES:
[0] = A Lonely Place earned a whopping $25 million during in it's theatrical run with production costs coming in at $4 million - a $21 million dollar profit.