Horror-doc about the infamous house in Amityville featuring a man who lived there during the incidents.

IFC/Sundance Now and director Eric Walter's My Amityville Horror (2013), while not making a large splash when it was originally announced in late December of 2012, crawled back out of it's grave on March 15th 2013 to arrive in selected theaters and Video-On-Demand (VOD) simultaneously.

This documentary, according to film producers Andrea Adams and John Blythe, is about the the actual Amityville house in Long Island, New York where poltergeists allegedly attacked the Lutz family in 1975. The documentary features Daniel Lutz who was 10 at the time of the infamous haunting.

Prior to Daniel and his family moving into the home, on November 13th 1974, the house at 112 Ocean Avenue in Amityville, New York became a place that locals feared when 23-year-old Ronald DeFeo murdered his entire family under very mysterious circumstances.

In September 1977, it became a place the entire world feared when Jay Anson’s book “The Amityville Horror” was published (later adapted into the popular series of films), bringing the house international notoriety and instant entry into the occult history books. Not so much because of the DeFeo murders, but because it told the tale of what happened to the next family who lived there, one year after the massacre. The Lutz family. 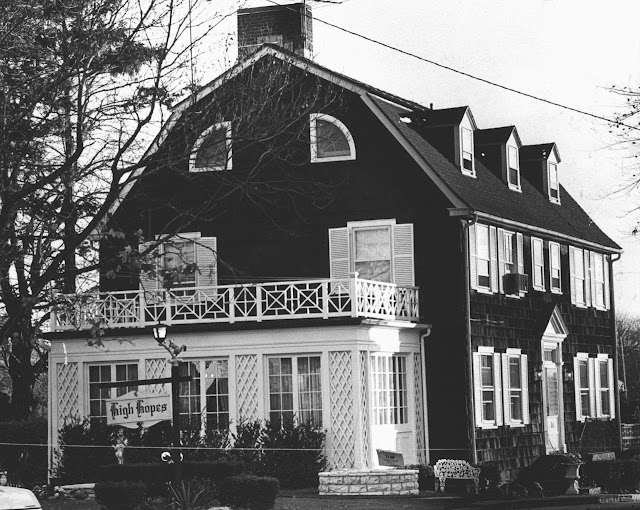 The actual house at 112 Ocean Avenue in Amityville, New York where the events allegedly occurred.

My Amityville Horror's producer John Blythe goes on to say: "This house haunting inspired the best-selling novel and the entire film franchise. Seeing that this was an untold story about an already world renowned case, sparked my interest. I offered for Eric (Walter) to join my company in order to raise enough financing to get the project off the ground."