You are probably gonna need more than an X-Ray to enjoy these bags of Halloween goodies.

The Egyptian Theatre in Hollywood will be screening the new cult classic Trick 'r Treat (2007) on the Monday before Halloween on October 28th. Legendary Pictures has announced that all of the key cast members of the cult horror classic Trick 'r Treat will be in attendance for the one night only theatrical screening of the movie and subsequent panel, which is slated to close the Beyond Fest in association with the 2013 LA Film Fest. 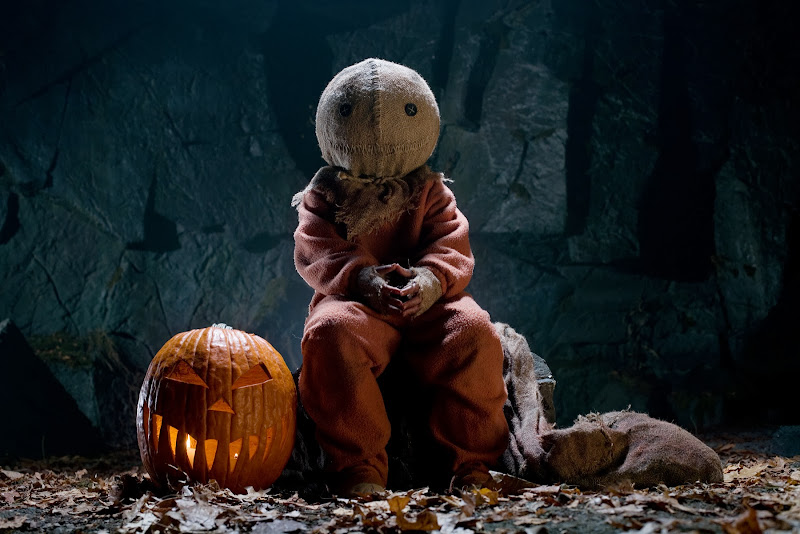 This is probably a good time to talk about your TPS Reports.

Dougherty’s story takes place in a small Ohio town on All Hallows Eve where four interwoven tales - including a high-school principal who moonlights as a vicious serial killer, a college-age virgin who’s saving herself for that special someone, a woman whose hatred of Halloween is only exceeded by her husband’s love of the mischievous holiday, and a callous group of teens who carry out an unforgivably cruel prank – delivers the kind of chills that can only occur on the darkest day of the year.

The film and the one-of-a-kind Q+A live event afterwards is expected to generate a capacity audience on-site and potentially and on-line audience in the hundreds of thousands. You can be part of the event by dialing up the event on Monday night by following this link to Legendary Picture's Facebook page where the feed will be posted.