The trailer for Walking Dead Season Four from Comic Con 2013 in San Diego.

The Walking Dead will be returning in only a matter of weeks from the time of this post. This show has shattered all cable television records and is threatening to do the same this year as the survivors dig in deeper into the re-claimed prison with most of the population of an abandoned hunter town, Woodbury, now joining them.

According to longtime practical special effects guru and director of the series since the middle of season three, Greg Nicotero: "Our rocket is poised on the launchpad and we still have so much more to go."[0]. And Nicotero is definitely credible due to his long career as a make-up tech in horror movies starting as an assistant to Mr. Tom Savini in 1985 on George Romero's Day of the Dead. 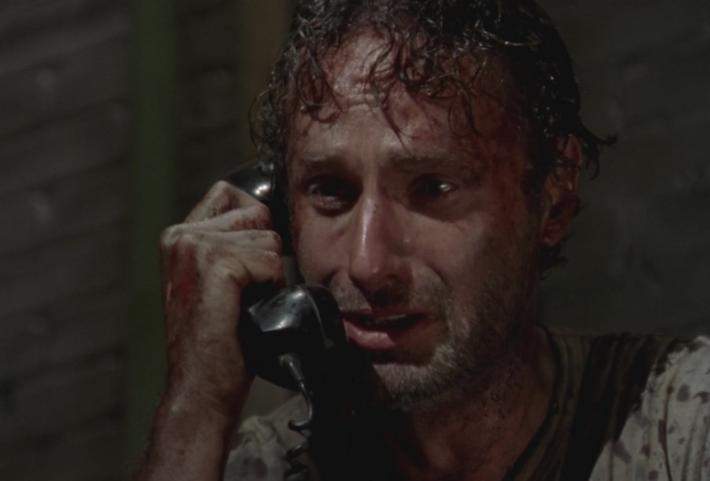 You say that there's a Zombie Apocalypse on and I'm supposed to be in charge? Um, can I get a do-over?

Rick went apeshit. Total paranoid break. Seeing shosts and, well, chatting 'em up on a dead telephone. You gotta give Andrew Lincoln serious respect for the risky direction he took Rick. The last thing anyone wants is a paranoid schizophrenic for a leader yet Lincoln managed to take Sheriff Rick Grimes from cocksure cop in S1e1 to a babbling, angry killer by the time we collectively reached the end of S3e4 "Killer Within" and into S3e5 "Say The Word"

Lori is dead. Rick's libidinous wife was kind-of-a-schmuck who diddled his best friend and "lost" her son during the Zombie Apocalypse a half dozen times. She died in the middle of an improvised Caesarean section operation performed during a zombie horde attack instigated by a dangerous prisoner who Rick failed to kill during their initial recovery action at the prison.

Daryl Dixon is a leader. Norman Readus has been a crowd favorite since Boondock Saints (1999) due to his roles as a relentless underdog. As a smart kid in a white trash world Daryl Dixon grew up the mountains of northern Georgia to become a full-time suvivalist. This was all well before the Zombie Apocalypse struck.

Of every member of the current cast he was most ready for it.

*Spoiler Alert*
Don't read this if you would like to maintain a huge surprise. Seriously. Skip down a bit.

Daryl may not survive this season. This is for two reasons. Number One, Readus's career has come along way since co-starring in Blade II (2002) as a traitorous vampire food. He's was in four movies in 2013. Also, some leaked images, whether real or manufactured have been made available to The Sleaze-A-Saurus. These images clearly show a zombie Daryl. 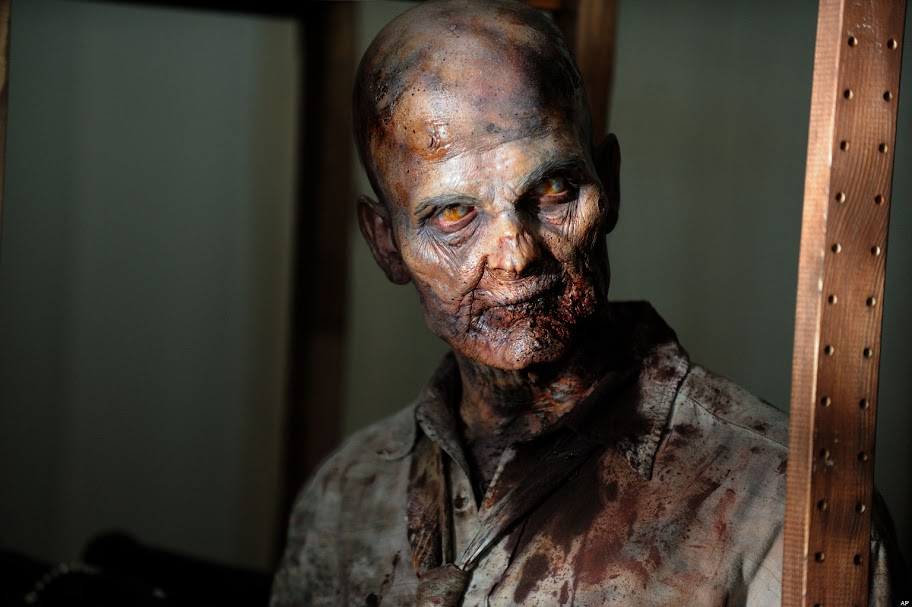 Until what is mentioned above happens, or doesn't happen, Dixon will probably head to the "Bone Zone" with recent widow Carol. Carol (Melissa McBride) is another candidate for "Mother of the Year" having lost her own daughter in the middle of the Zombie Apocalypse.

Tyreese, a new character from the original comics series, is back. And in the long standing tradition of horror movies aimed at white culture in America, nearly every black character T-Dog, Oscar, Big Tiny and Andrew have died so far. Like it or not, it is what it is.

In fact, Michonne (the undeniably sexy Danai Gurira) and Tyrese[1], are the only black people who are seemingly immune to White Vengeance in the tv show. We can ascribe the Uhura factor to Michonne. She is definitely is as sexy as Nichelle Nichols ever was and then some. But how to explain a strong and trust-worthy black male character like Tyreese?

The most cornpone, bigoted audiences out there have to admit they'd want Tyreese in their corner in the Zombie Apocalypse. It's too bad that registered KKK member Merle Dixon isn't around to prove the Duane Jones, I-have-to-trust-this-guy-for-now, theory in Season Four.

The addition of Lawrence Gilliard Jr. (The Wire) as Bob Stookey will also continue to round out the cast in a more realistic depiction of modern America.

In the fourth season, anything can happen. The former leader of the hunter town, the "Governor" is wandering somewhere nearby with a few of his lieutenants. Will he be back? The hunters from Woodbury are now in the prison with the survivors. How many of them will betray the group? Judith, Rick and Lori's infant daughter lives in world without modern medicine. Can she be vaccinated and cared for in a Stone Age world? How can the hunters and the survivors work together as hordes of zombies line the prison gates?

Answering these questions could take up the entire season. The world will find out October 13th 2013 9PM EST on AMC.