Horror High has one killer chemistry curriculum. And their cram sessions are to die for.

Not to be confused with "Return To Horror High" (1987) actor George Clooney's first film role prior to joining the cast of the Roseanne Barr TV show or the comedy remake in 2005 - the original Horror High was part I Was A Teenage Werewolf (1957) and part Robert Louis Stevenson's Dr. Jekyll and Mr. Hyde. Take out Micheal Landon and good writing and you have: Horror High (1976).

Horror High aka "Twisted Brain" foreshadows Harry Kaufman's The Toxic Avenger (1984) in many important ways such as: featuring a bullied nerd gets who super powers (like hairy forearms) and then runs murderously amok plus, just like many Troma features, this movie was made on a shoe-string budget but was able to engineer some gory and realistic practical effects such as face melting. 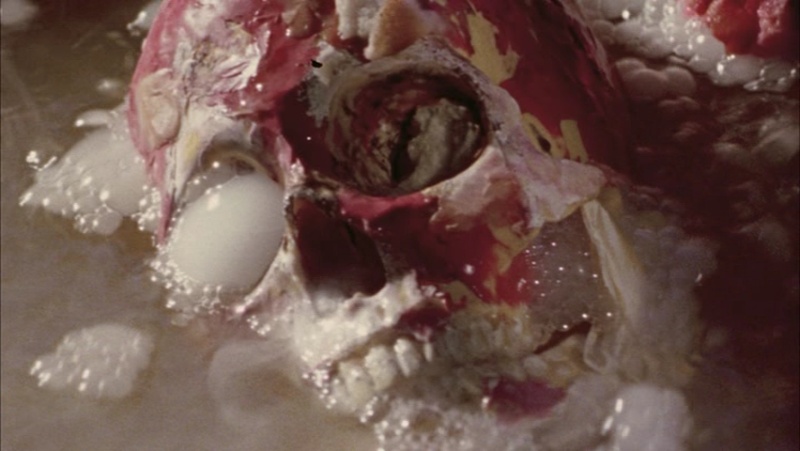 At Horror High, they know the sure fire cure for acne and unsightly blemishes - boric acid!

If you pick the DVD, courtesy of Code Red who re-released the film in 2005, you will be treated to various commentaries including an interview with Austin Stroker.

The film is notable for the appearance of Mr. Austin Stroker who was featured in John Carpenters's original Assault On Precinct 13 (1976) and as MacDonald, the inside Establishment man turned ape collaborator, in Battle For The Planet Of The Apes. He also played Jeff Allen in the animated series Return To Planet Of The Apes in 1975. Unlike the previous Apes series films this one depicted ape society as a technologically advanced society, complete with cars, movies and television!