The Twilight Zone: There's Something In The Walls (1985) 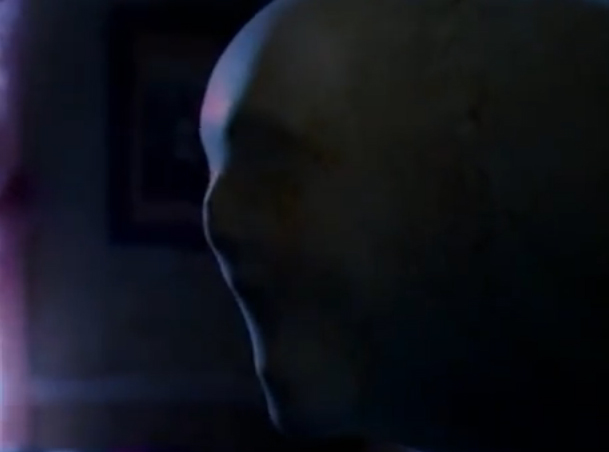 In 1985, CBS brought the Twilight Zone back after 20 years. The new series often lacked the biting insight and character studies of the original series. Television production standards were different in the 1980's. There was less emphasis on actors and more emphasis on storyline. To counter the lackluster of the resurrected series, the second edition of three "Zones" and counting, the producers brought in director Wes Craven and writers Greg Bear and Stephen King.

Something in the Walls (season three episode 19) is bizarre, paranoid tale of Sharon Miles, an institutionalized woman (Deborah Raffin) who believes she is being chased by demons. Sharon wears all white clothes and sits in her all white room terribly frightened as she tries to convince a clinical psychiatrist that she's being chased by demons that manifest themselves in patterns. Any patterns. Anything but sheer, solid, blank white walls and clothing will sprout demons at her. Patterns to Sharon turn and swirl in her imagination (and some nice 80's effects work) into vicious demons that wanted to hurt or kill her.

Sharon tells her doctor she believes her son is in danger from these same pattern demons. One night, a storm damages Sharon's all-white, patternless room. The next morning her doctor finds her in a suddenly saner and tranquil state of mind. She tells him that "it was stupid to believe in such irrational fears" and intends to check herself out of the mental hospital.

The doctor notices the strange pattern in the corner of Sharon's immaculate room. The doctor thinks he hears something. Something like Sharon's panicked voice from the walls. The "real" Sharon is right in front of him - smiling. Sharon convinces the doctor to dismiss the noise. After all she's sane now. As she and the doctor begin to leave her room for the last time she looks up to see a wailing version of her own face in the pattern as the episode closes pondering the definition of sanity.

Email ThisBlogThis!Share to TwitterShare to FacebookShare to Pinterest
Labels: 1985, The Twilight Zone, There's Something In The Walls