There's no party like a giant killer robot party. Or, is there?

Midway through this forgotten sci-fi classic the Colossus From Queens (aka the extra tragic Dr. Jeremy Spensser) announces to the World of Man: "It will be necessary to get rid of those ... humanitarians first. You understand? We - must - eliminate - the idealists..."

Never were truer words ever spoken than by the daring Midtown-Ravaging-Manbot! The Colossus of New York (1958) was directed by Eugène Lourié (Art Director for Shock Corridor (1963)) on a shoestring and a script courtesy of Willis Goldbeck who was part of the writing team for The Man Who Shot Liberty Valance (1962). 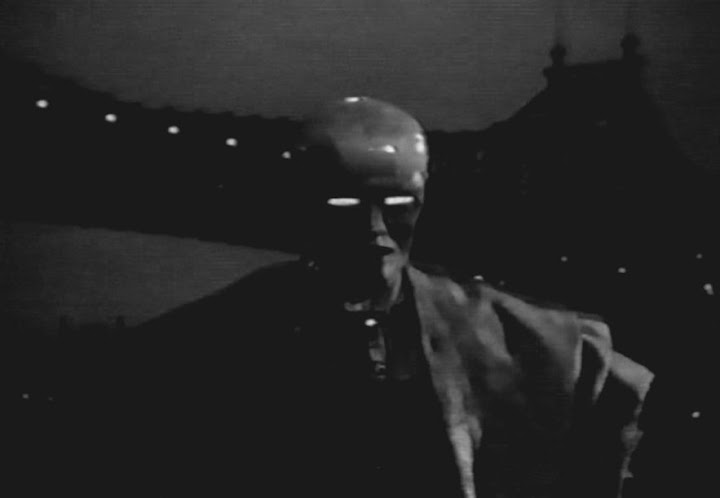 The Colossus Of New York was the first monster to be both Rhyming and Stealing.

Ol' Doc Jeremy, prior to his accident, was the 1950's World's Authority on developing a new food product - one that woulda saved the Earth from famine due to overpopulation. After the accident, his father William, a brilliant brain surgeon, de-brains Jeremy's body in secret before it's eventual burial. Later, he reveals his de-braining activities to his other son, Henry, keeping Jeremy's brain on life support and hoping to encase it in a colossal robot body. What could go wrong?

The result is a lumbering Manbot who is one handsome sumbitch - large, strong and very, very hostile. The Colossus also develops a unique kind of heat/microwave eye beam that he uses to incinerate many a mouthy New Yorker - who, in retrospect probably had it comin'... another classic film!