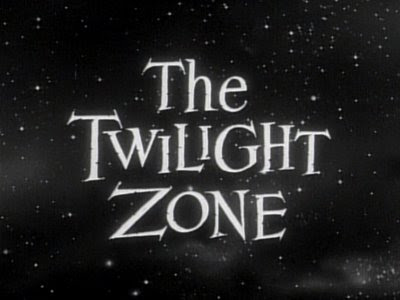 The Twilight Zone Episode Guide is dedicated to the series that formally introduced sci-fi and horror to American house holds over 40 years ago. Rod Serling's brainchild took the fears of his generation: atomic warfare, self-annihilating hatred, bitter jealousy, disfiguring greed and fear of the unknown and made them all into flesh and bone - a half hour at a time.

The Zone lives on here at The Blender where yer ol' buddy, The Sleaze-A-Saurus, has kindly rounded up the episodes that have become as familiar in pop culture as the back of the Sleaze-A-Saurus' tentacle is to unwary, scaleless manlings.